Substance Abuse | Their Impact on Your Brain.

Doctors normally define substance abuse or rather drug abuse as use of a drug in amounts or methods which are harmful to your health or others.

There are drugs that we may use for medicinal purposes. Sometimes, depending on your individual state and environment, you may become dependent on these drugs both psychologically and physically.
Therefore, substance abuse is not primarily a pharmacological problem but also a social problem.
Its impact on your brain is great considering the fact that people are misusing it!

Substance abuse potential is the capacity of the drug to produce immediate satisfaction. In addition, it may be a feature of the drug itself.

For example, amphetamine or heroine (as a drug people abuse), give a rapid effect while other tricyclic antidepressants do not.
Moreover, this abuse may (also) be associated with the root of drug administration.
From the ascending order is from CNS (Central Nervous System) by inhalation or IV  (Intravenous), IM (Intramuscular) and slower drug routes. 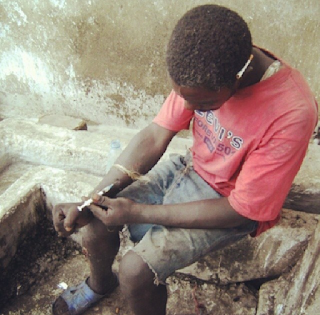 On the other hand, these are drugs that when you abuse, are liable to seriously disable you as a functioning member of the society. How?

Physical dependency actually, is associated with drugs that are CNS depressants e.g. heroine and cocaine.

For initial administration of cocaine and heroine, they cause Euphoria. In substance abuse, it means they subject you into a state of intense excitement or happiness!

Therefore, as the abuse effects subside, you may feel mental fatigue alongside other effects of that substance.

Normally, the abusers of these drugs are hooked to them and develop dependence.

Soft drugs are harmless dependance-inducing. In essence, they have less dependency effects.
More so, they cause some psychological dependency except with heavy doses.
Examples of such drugs people abuse include alcohol and barbiturates, sedatives, amphetamines, cannabis, hallucinogens, tobacco and caffeine.

As the most common term in substance abuse, it refers to the most severe drug dependency which results from compulsive craving for the drug.
Nevertheless, this dominates the your daily life.

Dangers of Cocaine and Crack Abuse.

Cocaine is a naturally occurring drug extracted from the leave of a coca-bush i.e.  Erythroxylon cocca.


Crack is an alkalinised form of cocaine. When you abuse these substances, dependence develops rapidly.

Researchers associate its use with ancient practice among the South American Indians for anaesthetic purposes.

However, cocaine is used as a snuff meaning people abuse this drug either through nasal administration or inhalation.

This drug can also be taken or abused by swallowing, smoking or through IV injection.

Factually, cocaine has both anaesthetic and stimulant effects. Once you take it, there is an intense euphoria you will experience followed by a few minutes of disphoria, “Runs and Crashes”.

Nevertheless, if you abuse this drug by smoking definitely, you will incur lung damage, upper GI problems and have persistent throat infections.

For IV abuse, you can experience endocarditis, heart attacks, angina pectoris and needle-related infections such as hepatitis and HIV.

Nevertheless, cocaine as an anaesthesia, blocks conduction of electrical impulses within your nerve cells that transmit pain impulses.

Therefore, as a stimulant, this substance produces sexual arousal and violent behaviour.

Further, this substance or drug produces an imbalance in dopamine and norepinephrine that results in sexual withdrawal symptoms such as:-

After the crash, you may experience depression (“Cocaine blues“).

Finally, if you are a (substance abuse) addict or have a relative, friend who has been abusing this drug or any other, it is better you visit a rehab centre to get treatment.

I strongly believe they are available in every country.

As a result, you will get better services that will help you curb drug abuse personally and shape up your life. More so, you rediscover your inner strength as well as to fight your fears.

The health care professionals there will help you work on your physical, psychological and personal development. By so doing, you end up freeing yourself from substance abuse!

Otherwise, we say NO TO DRUGS!

Effects of Air Pollution on Your Health

Relationship Between Health and Environment

Quick Tips on Dealing With Poisons and Antidotes

The 17 Essential Life Skills You Should Know
Previous Article

Home Based Care and Its 4 Components.